It´s the week of the release of the album “5000 Miles From Louisville” and lots and lots of things are happening…..

The Knockouts did a stripped down acoustic banjo set this weekend for Record Store Day in Västerås Sweden. We´d like to give a big thank you to everyone who came out!  Some great reviews landed this week and first out was the German zine 12 punks who gave the album 9 out of 10!!! The finish magazine Sue gave the album 7 out of 10 saying; “Recommended for guitar lovers”….

The swedish radio station Radio Active´s program REVIVAL did a long interview with Johan earlier this week. And if you missed it you can listen to it here http://www.radioactive.se/lyssna_igen/20130420_intervju_JohanF_Knockouts.mp3

Johan will be in the studio at BANDIT ROCK for the morningshow “Rivstart” on Thursday April 25th to talk about the new album that is being released on FRIDAY APRIL 25th.  Tune in at http://www.bandit.se/mobil/lyssna-p%C3%A5-bandit-%C3%B6verallt

And if this wasn´t enough TKO´s will celebrate the release of the new album at Harry B James in Stockholm this Saturday will a killer live show, celebration cake and lots more! A releaseparty gig not to be missed!!!

And for all you digital users…. You can now preorder the album “5000 Miles From Louisville” on itunes right here: 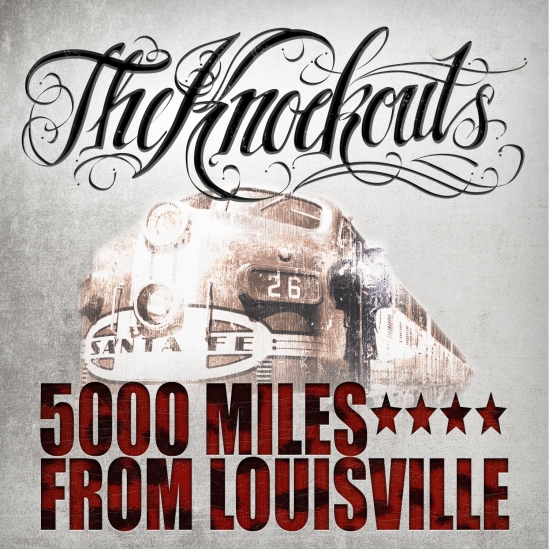 The official video for DAYS LONG GONE is here!!!

The release of the album “5000 Miles From Louisville” is getting close and the single DAYS LONG GONE is out now!!!

The song started started spinning on swedish radio and BANDIT ROCK played it on BANDIT MOST WANTED. Head over to their website and wish for it !!

Dagnys Jukebox added the whole album to their playlist so if you are curious for sneakpeaks head over to their page: http://www.dagny.us/?PageID=14

The releaseparty show in Stockholm is getting close as well and we have lots of cool surprises so don´t miss the gig at:
APRIL 27 Harry B James, Regeringsgant 47